Rank Insignia of the N.S.D.A.P. 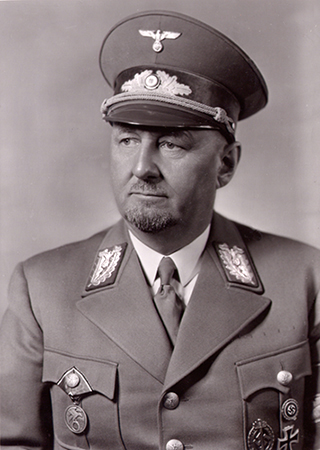 Ranks and insignia of the Nazi Party were paramilitary titles used by the National Socialist German Workers Party (NSDAP) between approximately 1928 and the fall of Nazi Germany in 1945. Such ranks were held within the political leadership corps of the Nazi Party, charged with the overseeing the regular Nazi Party members.

The first purpose of the Nazi Party political ranks was to provide election district leadership positions during the years where the Nazis were attempting to come to power in Germany. After 1933, when the Third Reich had been established, Nazi Party ranks played a much more important role existing as a political chain of command operating side by side with the German government. 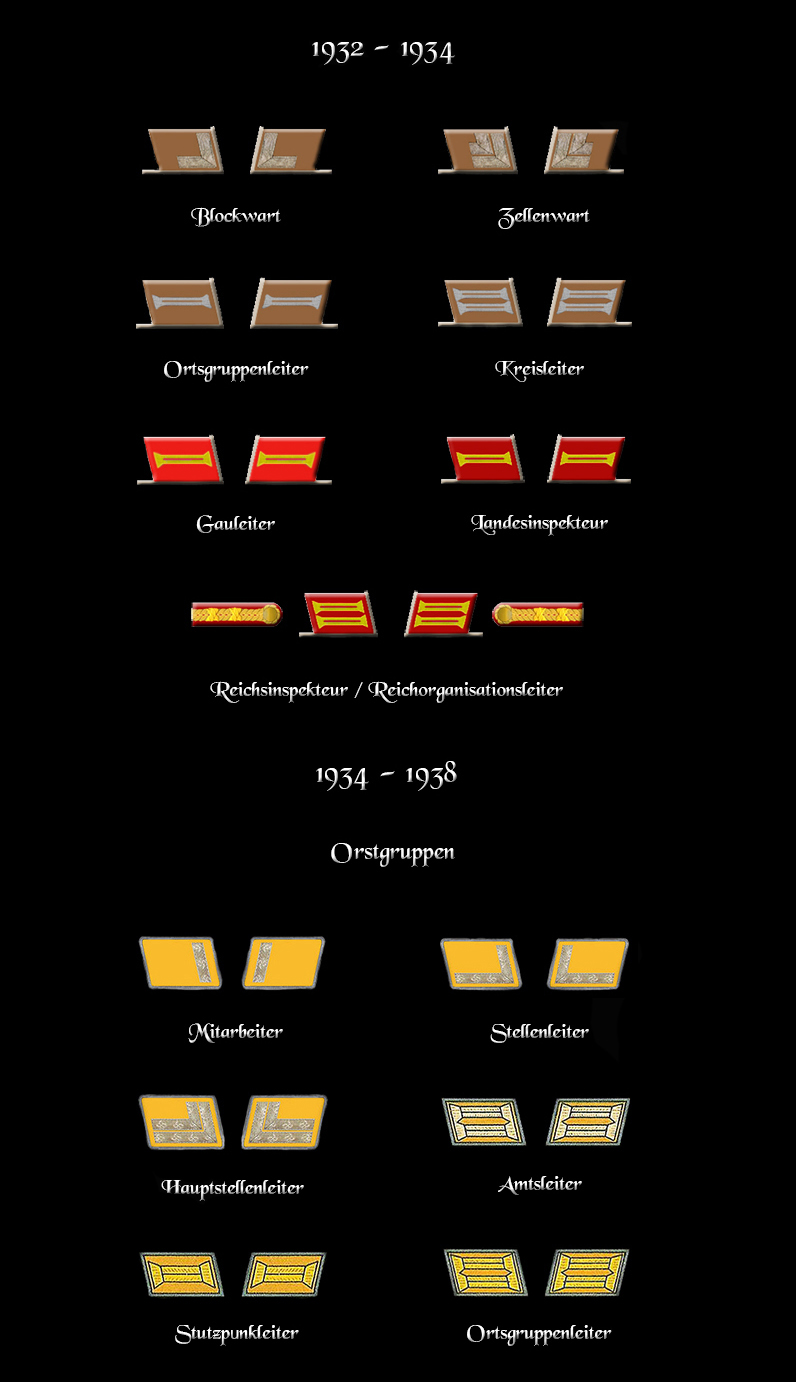 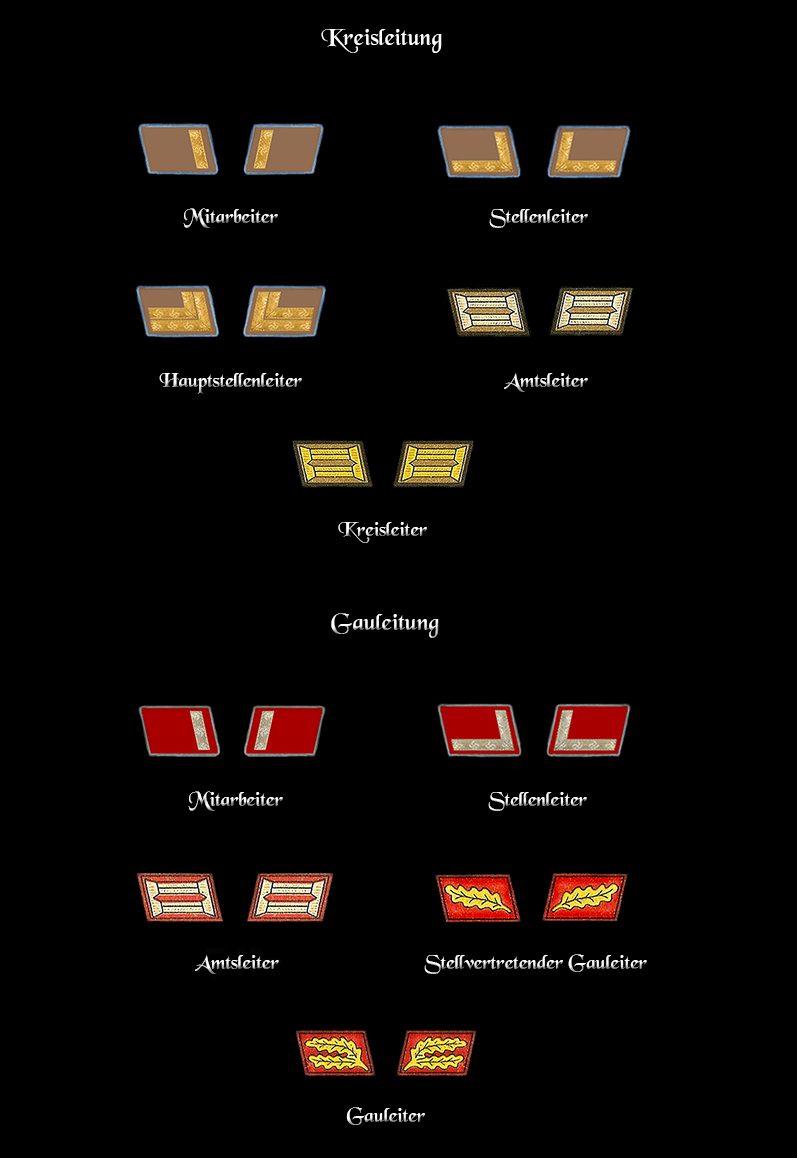 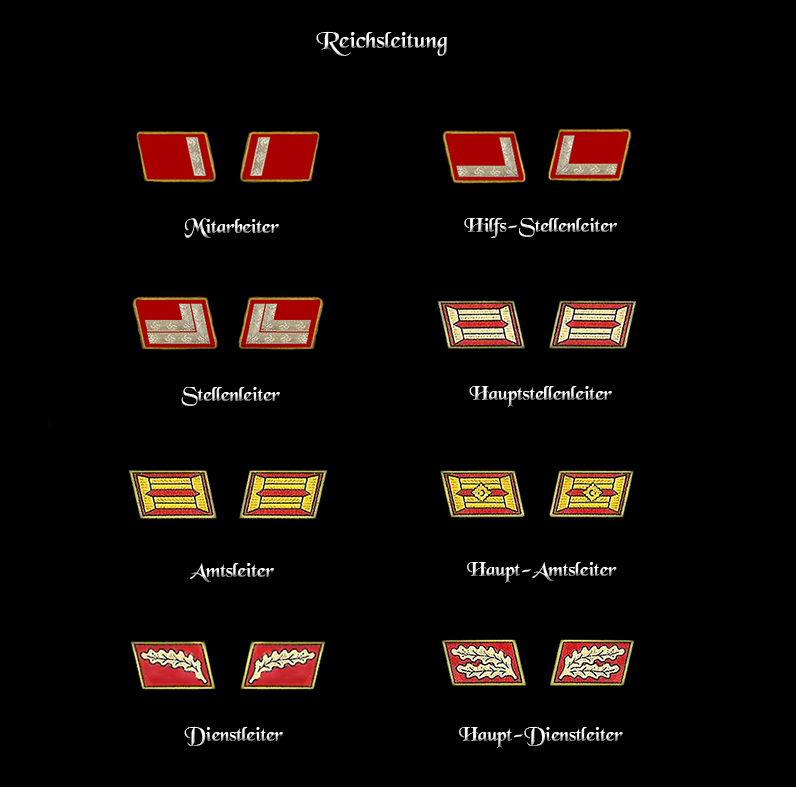 The final pattern of NSDAP ranks was designed in 1938 by Robert Ley, who personally oversaw the development of NSDAP insignia through his position as head of the German Labour Front, and put into effect in mid-1939. The new insignia pattern was a vast overhaul of previous designs beginning with a standardized set of twenty eight NSDAP ranks that were to be uniform across all levels of the Party. To denote membership in a particular "level" of the NSDAP (local, county, regional, or national) collar tabs would display a particular colour on which the actual rank insignia would then be displayed. 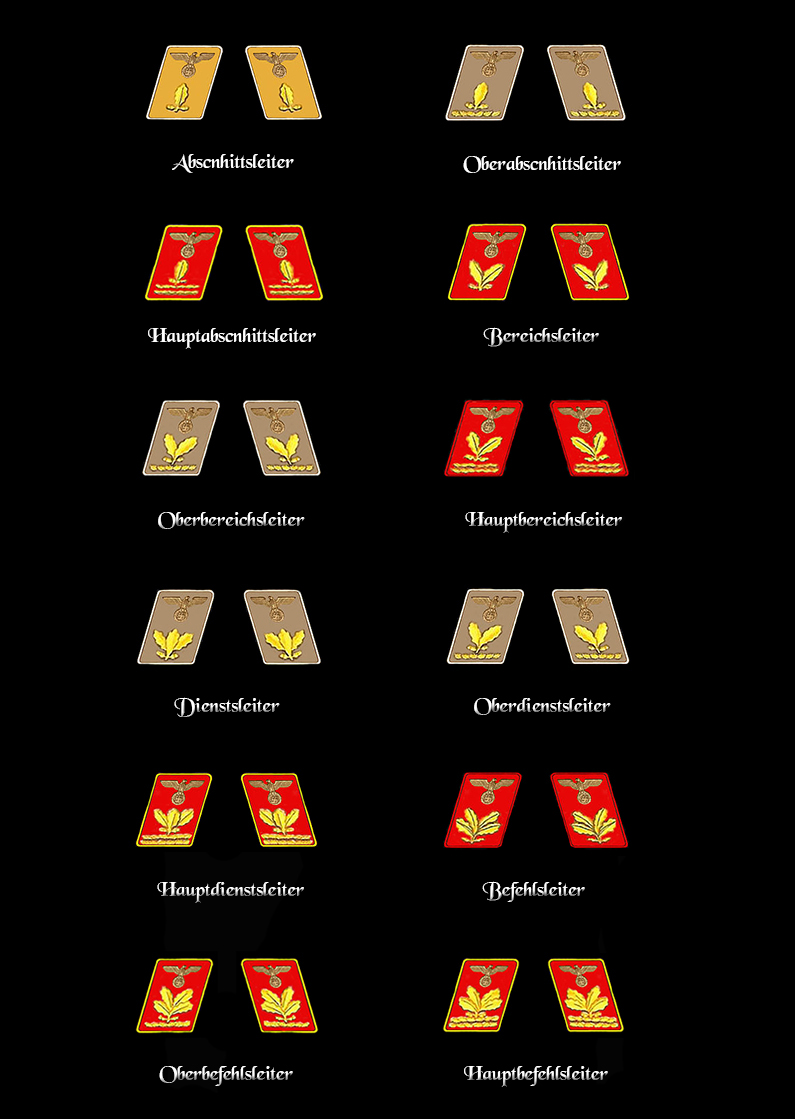 Between 1939 and 1942, these new uniform regulations were slow to be implemented and NSDAP leaders can frequently be seen in photographic evidence wearing pre-1939 insignia well after Ley had introduced the final insignia pattern. In was not until 1943 that most NSDAP members had completely converted to the new insignia patterns. 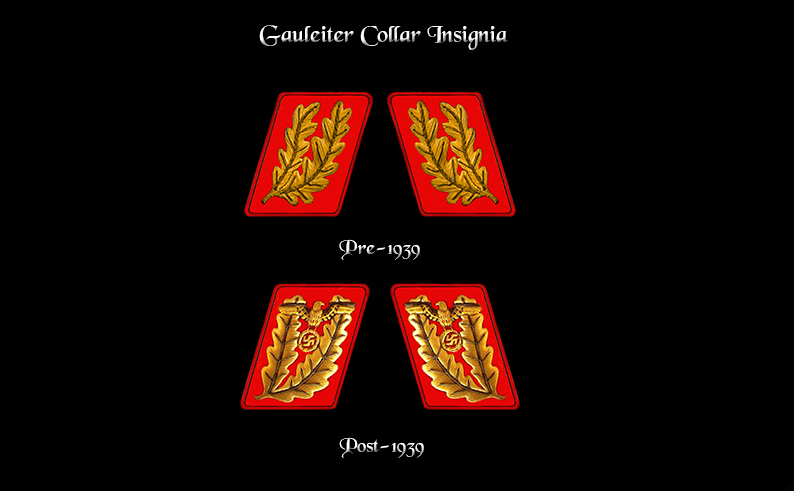 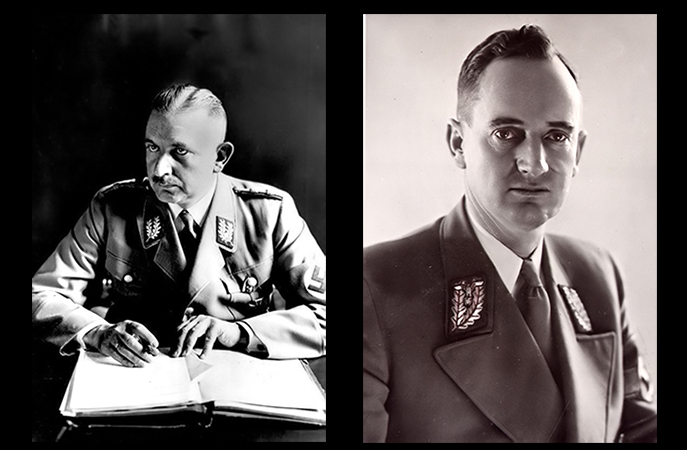 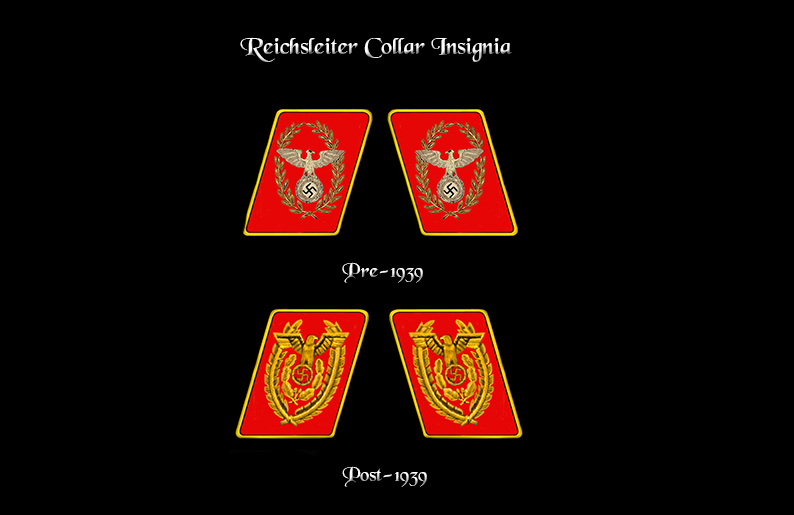 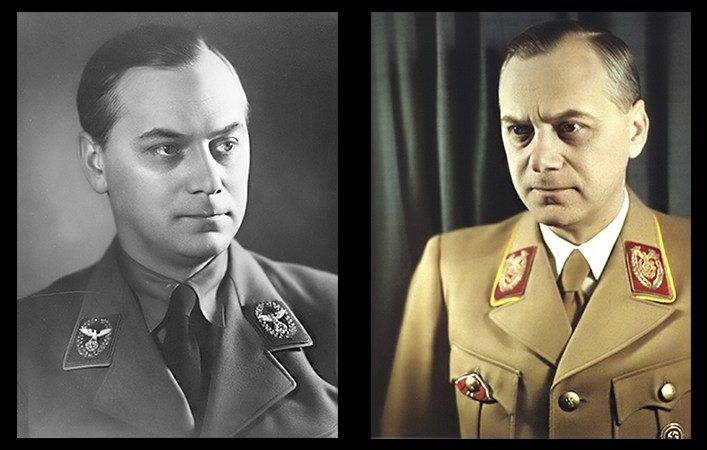